This Airport Meeting Point is for passenger’s booking with us or our Agents or Partners. 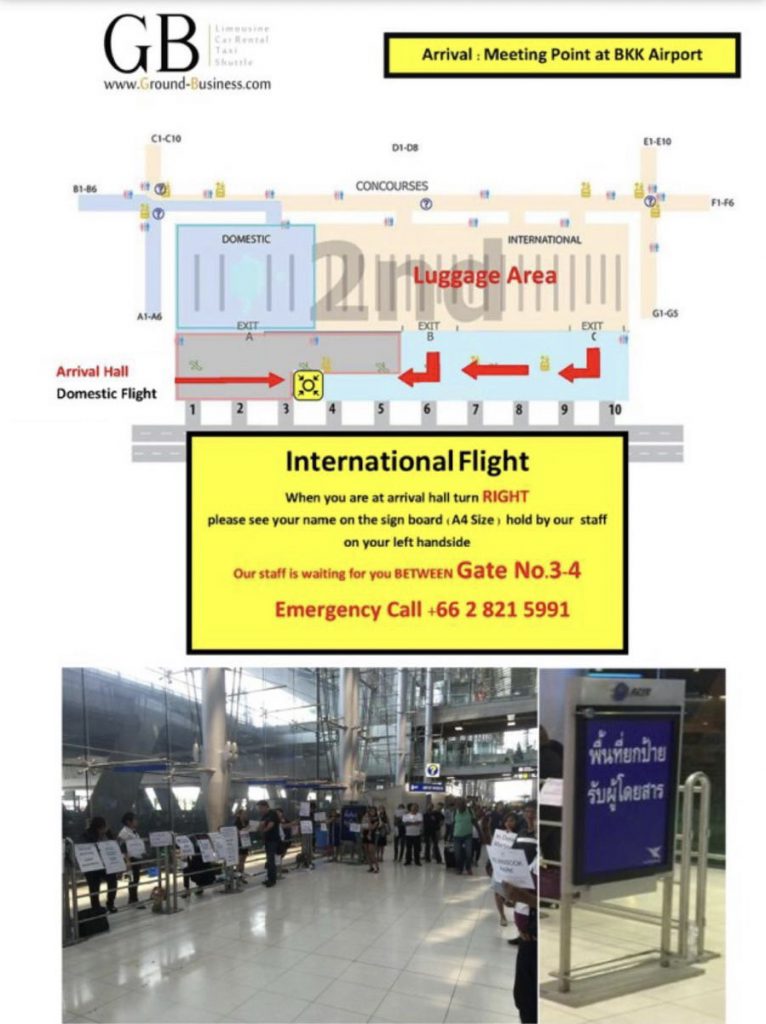 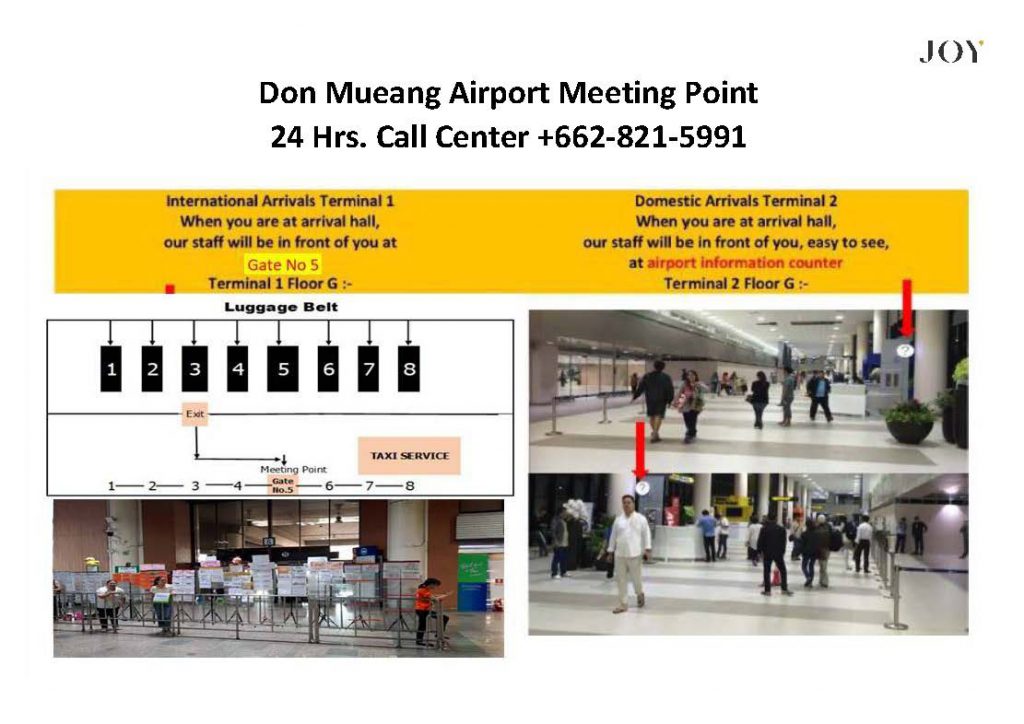 Meeting Point at U Tapao Airport 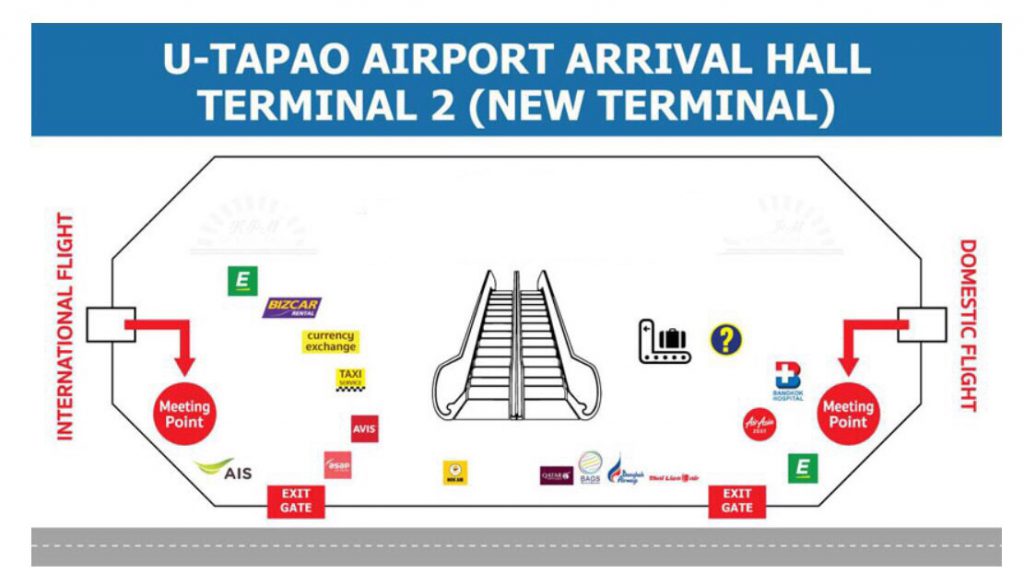 passengers Arrival must fill in their personal information on the Passenger Arrival Document no. 6 which is issued by the Immigration Bureau as evidence for contacting passengers while they are staying in Thailand. The staff of the airline you travel with will give the aforementioned document to passengers so that they can fill it in before the plane lands
(traveling to Thailand).

Passengers whose visa status must be permitted for re-entry must inform the officers at the contact point before traveling.

Passengers Arrival/Arriving Passenger must fill in the declaration form and give it to the customs officers. Passengers without items to declare can proceed to the green lane with the “Nothing to Declare” sign, but passengers with items to declare must proceed to the red lane with the “Things to Declare” sign, together with the declaration form which is completely filled in. If prohibited items are found, customs officers will confiscate those items and passengers will be fined four times of that item’s price.

Passengers who require special assistance, both arrival and passengers departure/ departing passengers, can contact the Customer Service Department at the airport and the facilities provided are as follows:

The criteria for a child traveling alone are as follows:

– The person who picks up the child at the arriving airport must be the same person as the name informed at the Selling Office.

– The type of ticket used must be “Confirm” and must not be “ID” ticket. However, the rewarded ticket from ROP (Royal Orchid Plus) is eligible.

– The parents or guardian cannot go back home immediately. They must remain at the airport until the flight departs.

– Infants or children under 5 years old cannot be UM, except the case that the infant or the child is accompanied by a person aged 12 years old or more.

The handling fee for a child traveling alone is 30 USD or 1,350 Baht for one international flight (means the travel from the departing airport to the arriving airport, regardless of the number of sectors that flight has). If children traveling without parents have the same surname, the handling fee will be charged for one child only. There is no handling fee on domestic routes.

For international flights, the applicable adult fare according to the age of the child/UM will be charged. For domestic flights, fifty percent (50%) of the adult normal full fare will be charged.

In the case of a child aged 12-16 years old travelling alone, the parents or guardian can also require special assistance like children/UM (YP: Young Passenger).

For children, the airline staff will provide assistance in every matter, such as help carrying baggage, suggest them how to wear the seat belt, take care of them during meals, take them to toilets, fill in the immigration form, talk to them, and give them toys. Upon arrival at the destination, Purser or In-flight Manager will transfer the children to ground staff at that airport. The ground staff will take care of the children until their guardians pick them up.

Passengers who bring pets into or out of the country must follow the airport’s regulations and inform the Office of Traveling with Pets which will provide advice on regulations.
The procedures for transporting pets (dogs, cats, birds, etc.) out of the countryInformation from the Department of Livestock Development http://www.dld.go.th

Procedures
– Submit the form for pet transportation (Form R.1/1)
– The pet’s health must be checked not more than 2-3 days before departing.

– The agency issues the export permit (Form R.9), together with the health certificate.

Recommendations
The documents necessary for applying for pet export permits are as follows:
– Copy of the passport of the pet’s owner
– Copy of the ID card of the export agent

– For birds or other animals, there must be the export certificate issued by the Department of Forestry or the export consent from the officers at the Animal Quarantine Station of the airport and/or CITES documents.

OTHER SERVICES BY GB LIMOUSINE.